No Widgets found in the Sidebar Alt!

The Day That Changed My Life Forever 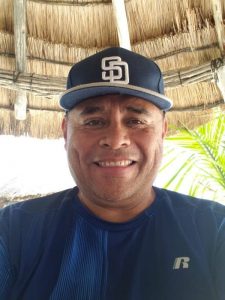 This is a story of what happened to me on Saturday, January 28, 2006 that changed my life forever.

I was to go to a friend’s surprise party that day. It was about 1:30 in the afternoon. I was taking a shower when I suddenly felt dizzy, light headed. I could barley stand up. Then I felt this tremendous pressure to my head. It felt like my head was going to explode. Then I got the worst headache of my life.

I tried to lay down to see if the headache would go away. It did not go way after about 30 minutes. I knew that something was wrong. Then I started vomiting.

Now I knew for sure that something was seriously wrong. I told my Brother to take me to the emergency room. Of course on a Saturday evening, the emergency room was busy. I again vomited while waiting in the emergency room. I was there for 15 hours before I actually saw a doctor. All this time, I had the worst headache of my life that would not go away. I must have put about 6-7 cold packs during the 15 hours and Advil every four hours.

When I finally did see the doctor, they gave me a shot of morphine and that took the pain away instantly. The doctor said that something could still be wrong. They ordered a CT scan of my head to see if there was bleeding.

I did not think much of it, but when the results came in, they told me I had a lot of blood in my head. They would need to do another CT scan but this time they would inject a dye in my IV to see where the blood was coming from.

The result of the second CT scan revealed that I had a brain hemorrhage. I would need brain surgery to repair the brain aneurysm they had discovered. I was in shock. I did not know what was ahead of me.

The doctor told me that what I had was very serious. That 50% of the people that have a brain hemorrhage, do not make it to the hospital. I was very lucky to have made it to that point. He told me that the next 3 weeks would be critical. He said that I would remain in the hospital for at least 3 weeks.

He said they would have to do surgery immediately. He explained the procedure and said it was very delicate. The surgery would last 3 to 4 hours. They would go up the artery from my groin up through my neck to the brain where the aneurysm was. They would put tiny titanium coils on the aneurysm to stop it from bleeding, They were preparing the operating room.

When I entered the operating room they were playing Queen, We Will Rock You. The next song made me nervous. They must have had a CD and the next song was Another One Bites The Dust. The surgery lasted 4 1/2 hours but thankfully everything went good. They also told me that I was not out of the woods yet. I would spend the next 11 days in ICU.

They told me that since I had so much blood around the brain that sometimes after a procedure like this, the vessels just clamp down. This is called Vasospasm. They told me that the next 21 days would be crucial. That was the toughest part. Waiting around to see if I would go into seizure or have a stroke.

For the 2-3 days after the surgery, I had a really bad, pounding headache. Every heart beat would cause a tremendous pain in my head. The doctor had told me that I would get worse before I got better. He was correct because I was wondering if my head was still bleeding because of the pain. Not as bad as the initial headache but close. Not even morphine would take this pain away. After about the 5th day in ICU, I finally started to get better.

I truly believe that someone was looking over me. The odds were tremendously against me. Yet I came through with virtually no side effects. Now I am at almost 100%. There were many prayers from family and friends that helped me get through this. I could not have gotten through this without them.

This whole situation has thought me a lesson on life. I realize what the important things in life are, and it makes you appreciate the little things because it can be taken away from you at any moment.